Book 53 for 2019: The Hidden Life of Trees. (Audible)
I have been wanting to read this book for ages, so I guess listening to it is the next best thing. This is one of those books whose influence I felt coming from many directions over the past few years, whether it be in articles talking about plant communication, tv shows discussing the possibility of plants moral rights, or documentaries about the life of plants. There has been a growing trend in tree based facts drawing me closer.
Not to mention that working closely with an arborist for years has helped give me a better appreciation for trees as living things, rather than just the backdrop for nature documentaries (thanks @fat_tony73 ).
This book was a real eye opener (a theme for a few of my books this year). I never knew how complex trees lives were, how social they were, or how advanced their physiology was. Trees can tell what time of year it is, count the number of days over a certain temperature, communicate with their neighbours, and share nutrients with their family members. Trees raise their young, and foster relationships with other plants, funghi, and animals.
If you want to start delving into the world of trees, I definitely recommend getting a hold of this book.
Also, if you love a good bit of Sci-Fi, take a look at Semiosis by Sue Burke. Its set on an alien planet where the human colonists have to work with a local intelligent plant to survive, and much of the learnings from The Hidden Life of Trees is represented within the story (though with the usual science fiction extrapolations).
#2019inBooks #hiddenlifeoftrees #TurnsOutTreesArePrettyBadass #JustFoundOutThereIsASequelToSemiosisThatCameOutThisMonth #amw from Instagram: https://ift.tt/2pjg5aM

I have gotten on the audiobook bandwagon recently and have been loving the experience. But one weird side effect I have Discovered recently is that when I am reading anything now, whether it be emails, or work documents, or even Reddit; my internal monologue takes on the voice of the narrators I have been listening to. Pretty cool when I have Alfred Molina or James France in my head, somewhat stranger when it is Jon Ronsons Welsh accent in my mental ears all day… #audiobooksrock #audible #hijackedinnermonologue #amw from Instagram: https://ift.tt/32BUlVB

When I was in Scotland last year I picked up a copy of the book Other Minds: The Octopus, the Sea, and the Deep Origins of Consciousness by Peter Godfrey-Smith. It is on sale for Kindle readers at the moment, and a recent article I read brought the issue of eating octopodes back to my attention.

The book is a fascinating journey into the mind of an octopus. It discusses how these creatures came to be and their place in the natural world. It includes chapters theorising on how their minds may work, on the physiology of a cephalopod body and how this might relate to their alien minds, detailed descriptions of their behaviour in the wild, and how this speaks to the presence of a deep inner life that is surprising in its familiarity as well as its alienness.

Octopuses (and their equally brainy relatives cuttlefish (and to a lesser extent squids)) have often been recognised as intelligent animals. However their nature is so peculiar to our own, and their path to intelligence so different, that we often forget to take this into account in our treatment of them in our anthropogenic world. Unlike the majority of the other animals we are quick to recognise intelligence in (dolphins, chimpanzees, orcas, wolves, etcetera), octopuses are not social animals. So while there are convincing theories that social animals develop intelligence in order to function in a complex society, this kind of thinking leave the solitary octopus, tellingly, all by itself.

But the exclusion isn’t just an unconscious or capricious one; it is also a legal expulsion in many instances, where octopuses, and other cephalopods, are not afforded the same animal rights as other species, though their capacity for suffering is almost beyond question. Indeed after reading this book I felt a profound sadness in learning about the behaviours of some of these animals, particularly when I learnt that on average they only live for around two years, yet express an inner life and personality that seems a shame flourish on this earth so briefly.

This is why, ever since finishing the book last year, I have made a point of raising the issue of consuming octopuses more and more with those around me.

Yes I know, I am one of those annoying people that seeks to impart my ethical beliefs on what arrives on your plate. But when I bring this up. I hope I am being more persuasive and rational than the average exhortation to leave an animal off ones menu.

Indeed, my argument isn’t to stop eating all animals in general (at least not yet), but rather when it comes to what animals we choose to eat, that we make better decisions as to what should and should not find its way to the end of our forks. In particular when we are deciding whether or not to eat an octopus, I think special consideration needs to be given to its intelligence, and its species place in the environment.

Octopuses are extremely intelligent and complex animals; they are able to use tools and solve intricate problems, to the point where we like to measure this cognitive ability against our own human development (how many times have you heard an animal’s intelligence to rival that of an X year old child?).

From an environmental point of view it is also important to note that octopuses are carnivores, so their place in the food chain is different than that of the various herbivorous land species that we cultivate from the wild. Given that most all octopuses that we consume have been caught in the wild, harvesting these animals from an ecosystem that is already arguably being overfished, is only going to cause more trickle down effects that we aren’t even yet fully aware of.

But, humans being humans, we are looking into the problem of octopus meat being wild and not farmed, and not for the first time I am dismayed by our ability to innovate and overcome problems, rather than optimistic about it.

Our current inability to farm octopuses is not an obstacle we need to overcome, but rather a boundary we need to respect.

And yet according to an article I read yesterday on Vox, scientists are hard at work figuring out ways to farm these intellectual creatures. Rather than try and regiurgitate the facts of the article here, I will leave you to read it there if you are interested. But I think one salient point the author makes is the unique point we find ourselves in at the moment.

We live in a world where currently we factory farm many animal species, causing who knows what kind of suffering and despair. I don’t doubt that in generations time we will still be eating meats of some sort, but I highly doubt it will be extracted in the same manner, and that the way we do things now will be looked back on with remorse and revulsion.

But right now we are at a point where we can stop one point of future regret. Currently we do not factory farm octopuses, and it would be easy to ensure that this never come to pass. It is a good test for our more environmentally minded population to see if we can be this forward looking now, The majority of us acknowledge the harm we are causing the environment, but can we turn this understanding into preventative action? That will be the real test.

I particularly liked this chunk of the article:

There’s a bigger picture here. Jacquet pointed out that one of our biggest struggles this century has been to mitigate or fix many of the harms we’ve done in the course of modern industrialization — climate change, garbage in the oceans, factory farming, pollution.

“We’re constantly trying to scale back problems we’ve caused,” she said. “What we’re trying to do here is to stop a problem before it starts. Let’s do something preventative for once instead of dealing with this problem 40 years from now.” In that sense, combating octopus farming is a rare chance to exercise the foresight that we often wish previous generations had exercised.

I will leave you with that food for thought. Apologies for the poor quality of this post, I churned it out pretty quickly in the hopes that the book is still on sale (was around $3 when I last looked).

I highly recommend this book as an eye opening look into a truly fascinating animal, and  an interesting attempt to try and imagine not just how an animal might experience the world, but how an animal so distinct from us and our mammalian kin might develop their own form of consciousness. 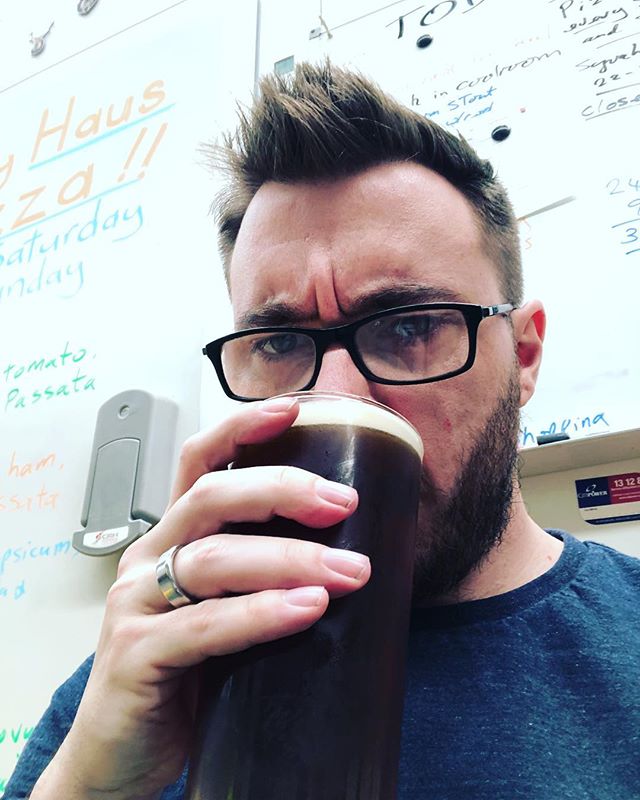 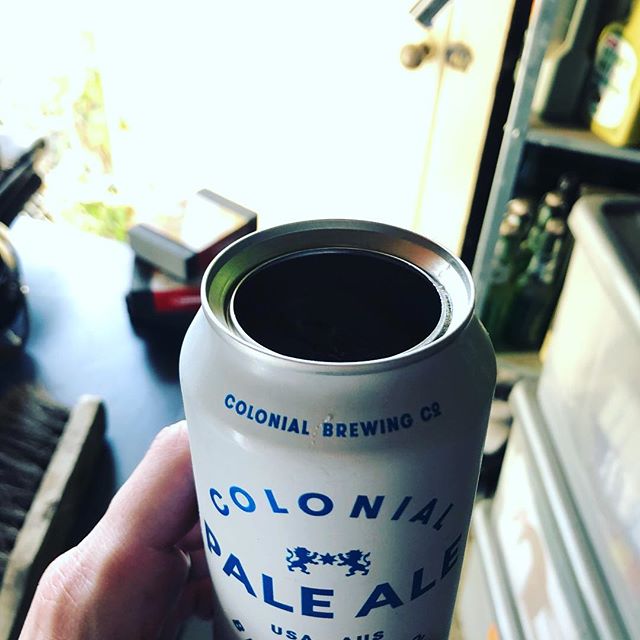 I do like these cool open topped cans from @cbco_ but I am noticing a disturbing amount of dust settling in my beer while cleaning out the shed. #StillDrinkingThough #DustHasHealthyMineralsIAmSure from Instagram: https://ift.tt/2ofPKq9

Getting out to start cleaning out my shed. Looks like nature has already started taking over….. from Instagram: https://ift.tt/2MvyYkv

Do a Google image search on the word idiot and not only do you get an image of Trump as the first result, you also get a meta-result for image two. I love it from Instagram: https://ift.tt/2uM8sZh 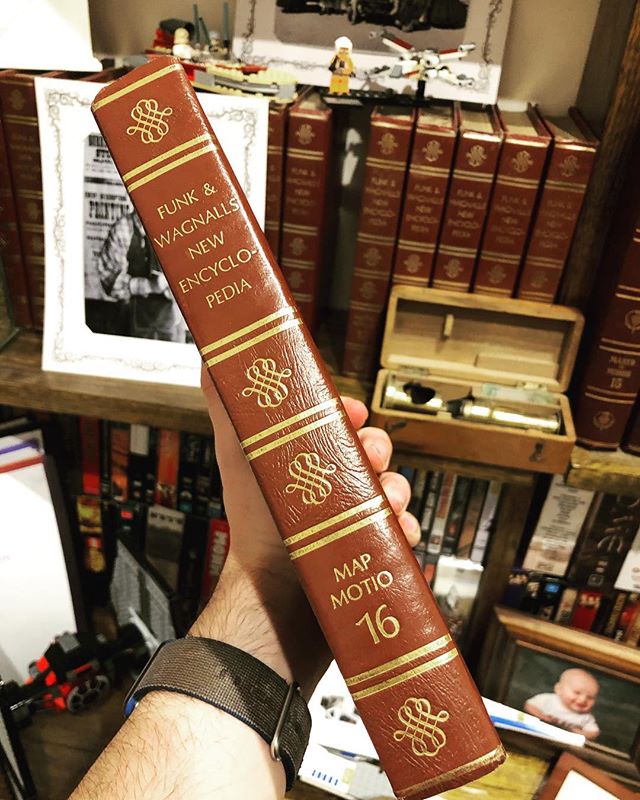 When you want to find out something, but you can’t go on the internet to find out because you haven’t watched the World Cup final yet. That’s when it’s time to go old school and bust out the Funk & Wagnalls. #olddayswikipedia #funkandwagnalls #alsotheworldcupfinalwasgreat from Instagram: https://ift.tt/2zGlUDJ 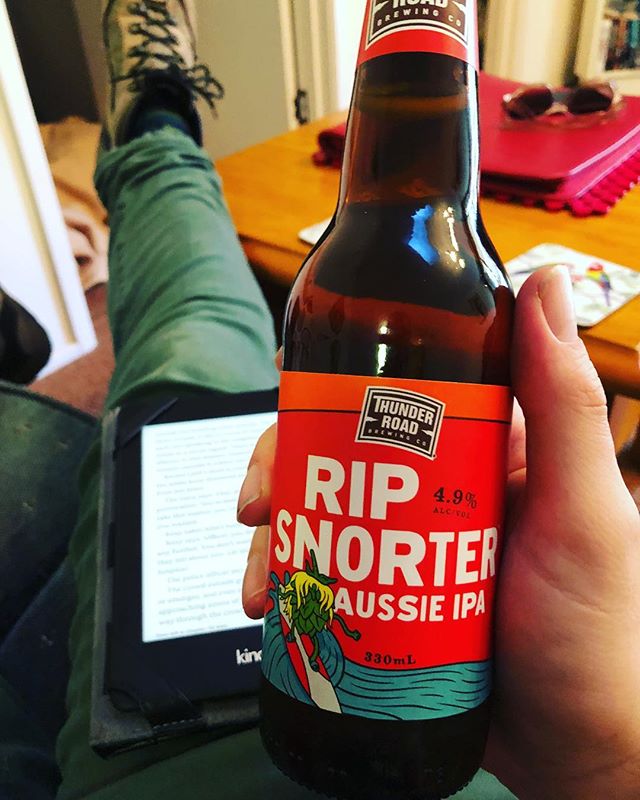