*Relatively spoiler free review, feel at ease and read away*

I went into this movie wanting it to be good, but expecting it to be bad. I knew that DC and Warner Bros. had a lot riding on this movie’s success launching a whole cinematic universe, so reservations about Man of Steel aside I decided to hope for the best.

I have to say I was pleasantly surprised.

People in the future will no doubt look back on this movie with different criteria, and different eyes, that I view it with tonight. But I think a lot of today’s media is looking at Batman Vs Superman and comparing it to one film; The Avengers.

And can we really blame them? A comic franchise bringing together their greatest heroes in one big smackdown; both films seem to offer the same thing. But look at the way these have been executed, and you can begin to see that these are very different films.

The Avengers was about bringing together our heroes to fight a bigger cause. It was pretty obviously good versus bad, with a bit of brainwashing thrown in for fun. But Batman Versus Superman is a different beast altogether. Its about how a being like Superman can be shoehorned into a modern world like ours, but also with Batman. 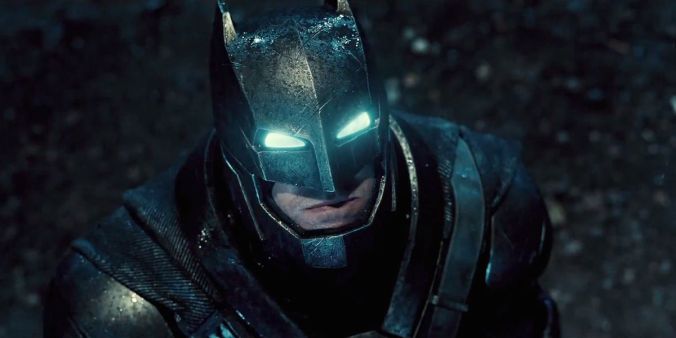 But as tacked on as that last bit appears to be, it really works.

BvS (its quicker for me to type that way, as I just finished watching, and it is 12:30 am on a long weekend, and i wants my sleep).

Batman has seen the danger Superman poses, even if at present he is apparently good. And Superman sees that as much as he wants to just do good in the world, people won’t accept his word that his actions are good. The government wants accountability, and so does Batman.

But overall I have to say that while the Marvel Cinematic universe (and yes in my point of view the comic universes as well) is superior to these DC offerings, I can’t help but concede that the DC characters themselves are much more Iconic. Say what you will about the awesomeness of Iron Man now, pre 2007 I had to explain to people who he was. Nowadays everyone knows he is Robert Downey Jr with awesome toys.

DC however is a whole level above that, and rather that start with some slightly obscure characters and bring it together, they are bringing out the big guns all in the second universe building film.

So let’s have a quick run down based just on the characters. 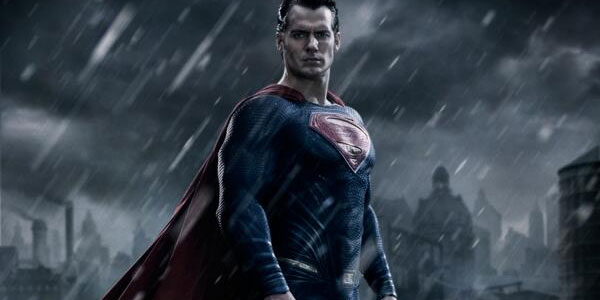 The most integral part of the story, but as always for me, the most boring. Superman is such a morally pure being that he doesn’t even seem like a character, but rather the embodiment of an idea. So while it may be nice to have him in the story, it is never really that interesting to watch what he will do (long story short, he will do the ‘right’ thing).

Also, for the love of god in this day and age it makes zero sense that people would not be able to tell that Superman is Clark Kent; seriously. We all have smartphones, and the internet. Clark Kent truthers would be everywhere.

Ok, let me assure people, and get it out of the way: Ben Affleck’s Batman kicks arse.

When you watch him throw someone’s head into the floor, or hurl someone into a wall, you know it is for real and he is leveling thirty odd years of mental turmoil at his foes.

Yes the Batman voice may seem a bit put on, but luckily even the awesome Christopher Nolan/Christian Bale films have shown us cool characters can have shitty voices.

I cant wait to see a standalone film, especially if it allow Alfred to do more than be a sidekick in a cave. 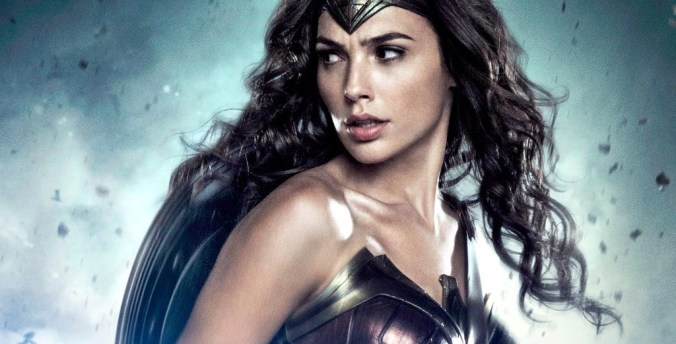 I kick more arse than you are expecting

I was prepared to not care much about Wonder Woman, and to save my impressions for her inevitable feature film, and it always looked like she was going to be a simple tack on during the movies main fight scene.

And this is pretty much true.

Yes she appears early on, and they try to build her character. And yes her inclusion ultimately leads into the bigger universe, and starts to build a cinematic universe more believably. But really her part in the story seemed cliche and unnecessary.

But then came that entrance.

I wasn’t expected to be blown away, and on retrospection it wasn’t anything lifechanging. But when she makes her proper entrance (in full costume), the scene is quite breathtaking. Guitar music strums unexpectantly causing adrenaline to flow, and suddenly we are faced with a kick arse amazonian woman.

And believe me, for her brief time on screen, she really kicks arse. In fact she kicks arse to such a point at times that you wonder why Supes and Bats don’t just step back and let her finish the job.

But that is for another film. 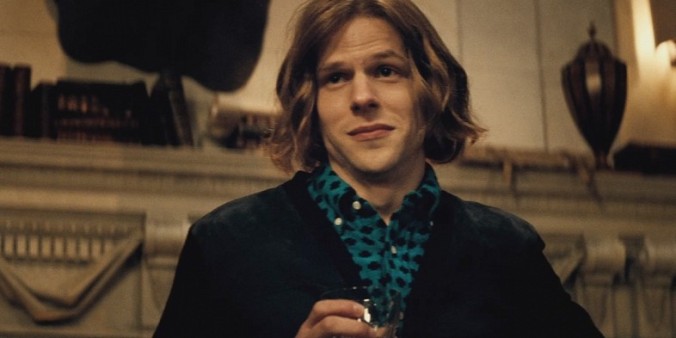 You just know that hair cant last; it must be destroyed!

Much flack was copped when DC cast Jesse Eisenberg as supermans nemesis. And then when he first appeared in a trailer as an eccentric long-haired almost prancing villain, people became even more worried. But having been there back when people (myself foolishly included) bemoaned the fact that a certain Mr Heath Ledger was cast as the Joker, I am more that willing to accept that an actor can take a role and really surprise you.

But then again I knew Jesse would rock it, so it came as no surprise to me when i fully bought him as a character.

Lex is a tricky character to bring to the screen, because a regular human taking on a virtual god is such a hard hand to play. I have to say though, in this film, I think it works. There may be some confusion as to how it all ended, and what it all means from Lex’s point of view. But the way that Lex manages to play characters off each other, and maneuver himself to being able to control events and people as grand as Superman and Batman is actually truly impressive. It quite chilling to watch this mere mortal manages to impose his will on others.

Also some guy played by Drazic from Heartbreak High is in it, so both the Marvel and DC universes can be ticked of actor Callan Muvey’s wishlist.ome

Seriously look him up, he is pretty awesome:

This is a good film about Batman versus Superman. Don’t go in with wild expectations, dont want it to be more than it is. Watch the story, think about the characters, and enjoy the tale, because this movie definitely has a story it wants to tell.

(Note, many beers at the cinema and staying up till 1:20a.m. might inflate my initial estimate, future opinions may deviate)