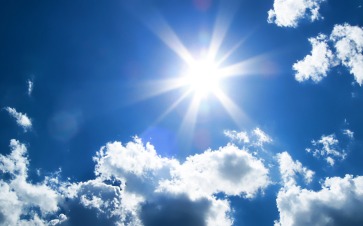 This morning’s walk to work was nice.

Turning a corner I was struck by how bright the sun was. I know it’s a stupid thing, after all I see the sun every day (well this is Ballarat, so at least an approximation of the sun on some cloudy days). But nevertheless, it should be a mundane experience by now; to turn a corner and find yourself in the rays of our local star should not offer any new impressions. But today seemed somewhat different.

The sun was low in the sky. It was morning like I said. Low but brilliant. Streams of photons transferred their energy to me, ending their 499 light seconds travel through the inner solar system by increasing my skins temperature ever so slightly. It is an amazing thing to consider. I who is made of what once was a star, now absorb a new stars energy. An awesome cosmic experience.

The reason why I am describing this in such terms is because this morning the sun really felt like a star to me. Often we forget our true place in the solar system. Hurtling around a star which is in itself orbiting the centre of the galaxy, and so on as we were once told by Eric Idle. We forget these astronomical truths because we have evolved not only as a species, but also as a culture, with a set view of life on this planet. We adopt things like the curvature of the earth as a flat plane on which our experiences lie, and figure it the truth. Likewise, we talk of the sun rising, or setting, or moving in the sky, and somehow lose sight of the fact that it is our relative movement around the sun, and the earth’s rotation on its axis, that cause these illusory appearances.

Sure we know these as facts, but the quotidian nature of all this often numbs us to the reality.

“You realize the sun doesn’t go down,

But something about the sun this morning, its place in the sky, its brilliance, seemed stellar. It seemed different than usual. More than just the light from above, more than just the thing that delineates day from night. The sun was suddenly there to me, in all its glory. A great ball of hydrogen and helium millions of kilometres away: A massive fury of nuclear reactions.

I think it was simply the position in the sky that did it. Usually you can walk around at ease without any actual view of the sun. We evolved it seems to focus on horizons, and on things close by; our primate ancestors needed this to be the centre of their visual world, because this was where the danger was most likely to come from (or where the good times would hopefully happen). So the sun, traversing its daily arc across the sky, simply wasn’t as important. Sure it may be in there, perhaps at the apex of your vision; but you don’t notice it.

When I turned that corner I couldn’t help but notice it. I had to squint. The sun isn’t that big in the sky really; you can blot it out with a thumb extended the length of your arm. But this mornings sun commanded my attention.

Maybe there was more to it than just the physical effects in order for such a humdrum thing to stick in my mind so. Maybe I am remembering this so vividly because of how it made me feel; because of my state of mind at the time. I don’t know. But on a dreary day, when you are walking away from your home to a job that you aren’t all that excited to be going to, the arrival of a literal ray of sunshine in your life can help change your perspective. it reminds you that the world isn’t just a machine to house the cog that is you; rather it is a world that you are living in. There are things out there greater than you, but you are alive to experience them; and that’s pretty cool.

Anyway, I don’t know if this post has done much to interest anyone, or to convey the experience as I felt it, but a part of me was inspired and just had to write something.